US Reassigns Its Chief Negotiator in Defense Cost-Sharing Talks with S. Korea 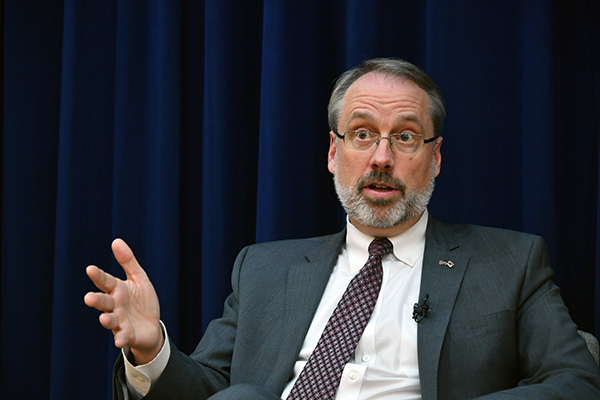 The U.S. government has reassigned its chief negotiator in the arduous defense cost-sharing talks with South Korea to another post.

The U.S. State Department said Wednesday that James DeHart, senior adviser for security negotiations and agreements, has been appointed as coordinator for Arctic affairs.

The State Department said DeHart will lead and coordinate policies and diplomatic efforts involving matters related to the Arctic region as chief adviser to the secretary and assistant secretary of state.

DeHart's replacement has yet to be announced.

The Associated Press reported DeHart's reassignment happened a week after Secretary of State Mike Pompeo visited Denmark and announced a strengthened U.S. role in the Arctic.

The position of coordinator for Arctic affairs was created during the Obama administration to protect U.S. interests in that region and to keep Russian and Chinese influences in check. But the position had remained vacant for three years since U.S. President Donald Trump stepped into office.

DeHart spearheaded seven rounds of defense cost-sharing negotiations with South Korea since September of 2019 through March of this year. The two sides tentatively agreed to a 13-percent increase in South Korea's share of the cost of keeping 28-thousand-500 American soldiers stationed on the Korean Peninsula. But Trump rejected the agreement.

South Korea is seeking a 13-percent increase in the cost it has to shoulder, while the U.S. is demanding a near 50-percent hike to one-point-three billion dollars.
Share
Print
List