Assembly Speaker: N. Korea Isolated due to Lack of Aspiration for Reunification 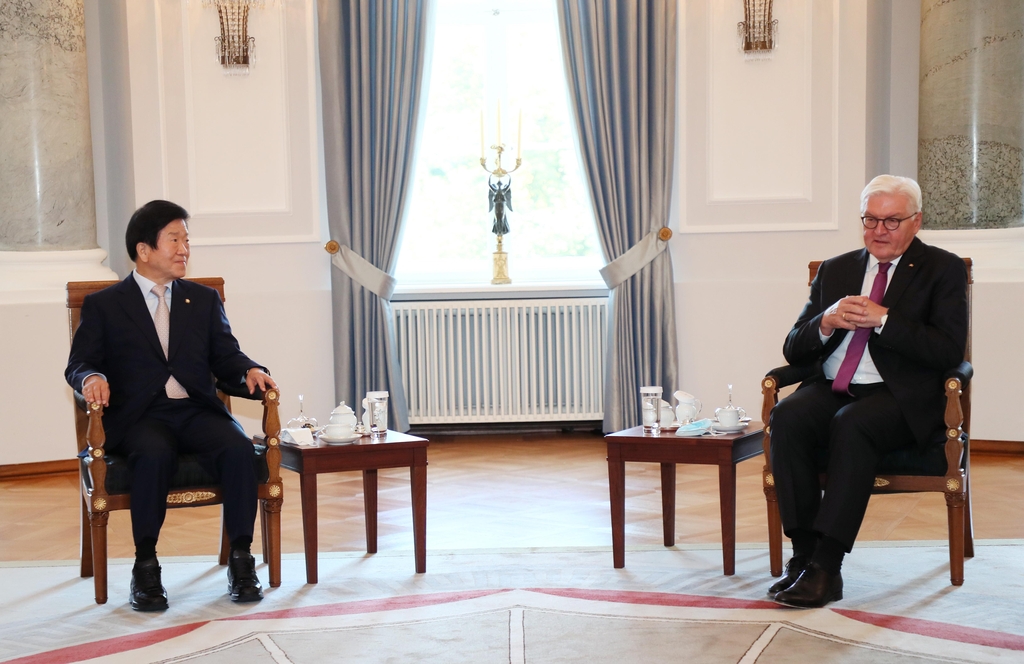 South Korea's National Assembly Speaker Park Byeong-seug said on Wednesday that North Korea is isolated due to its lack of aspiration for reunification, contrasting it with East Germany before German reunification.

The assembly speaker, who is visiting Germany on the occasion of the 30th anniversary of the German reunification, made the remarks during a meeting with German President Frank-Walter Steinmeier.

In the meeting, Park said that while East Germany had aspirations for reunification, North Korea doesn't, which is why it is isolated.

The assembly speaker assessed that North Korea seems to want to improve its relations with the United States rather than South Korea.

Park added that though the North appears to want assistance from China while improving its ties with the U.S., it would be difficult for Pyongyang to improve relations with Washington without going through Seoul.

Regarding his proposed inter-Korean parliamentary talks and President Moon Jae-in's recent call for an official declaration to end the Korean War, Park said he hopes the communist country will improve its relations with the international community after its ruling party congress in January next year.
Share
Print
List