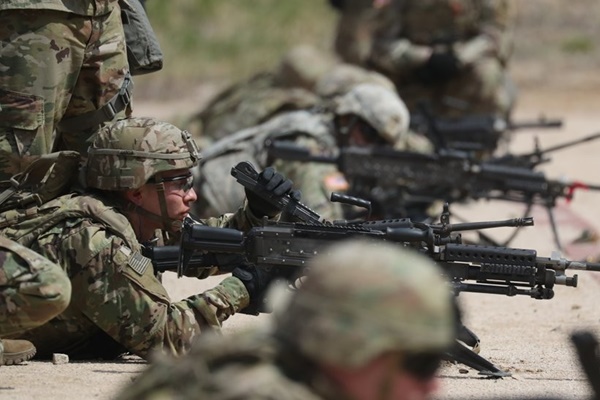 Just after Wednesday's 52nd Security Consultative Meeting(SCM) between the allies' defense ministers in Washington, a ministry official said use of a different expression doesn't imply a troop reduction.

The official noted that the ministers, instead, reaffirmed their commitment to maintaining joint defense readiness in the communique.

Another senior official within the South Korean military said there were no discussions on the troop reduction at the SCM, but that the allies agreed on the need to swiftly renew a deal for the upkeep of the U.S. Forces Korea(USFK).

The media speculation comes as U.S. President Donald Trump has reportedly instructed officials to use a possible withdrawal of American troops as a bargaining chip in the cost-sharing agreement negotiations.
Share
Print
List