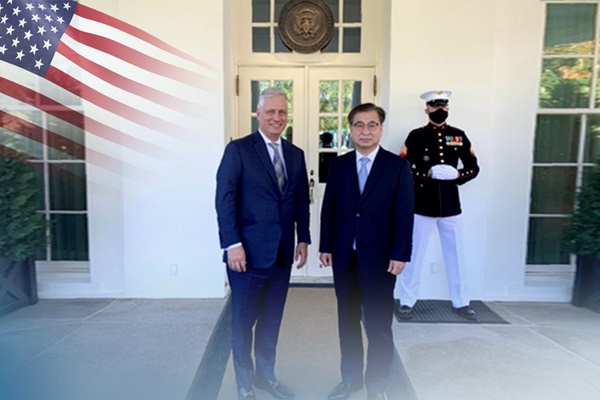 Presidential spokesperson Kang Min-seok said during a briefing that Suh Hoon, director of South Korea's National Security Office, asked O'Brien to visit Seoul during their meeting at the White House last week. O'Brien reportedly expressed his intent to visit in the meeting.

The spokesperson said O'Brien's visit is expected to take place after the U.S. presidential election on November 3.

Kang said that during his recent U.S. trip, Suh also met with other senior officials and scholars, including Secretary of State Mike Pompeo, adding that his visit served as a chance to reaffirm the strong alliance between the two nations.

Kang said South Korea and the U.S. agreed to continue consultation through diplomatic channels to reach an agreement on defense cost-sharing as soon as possible.
Share
Print
List