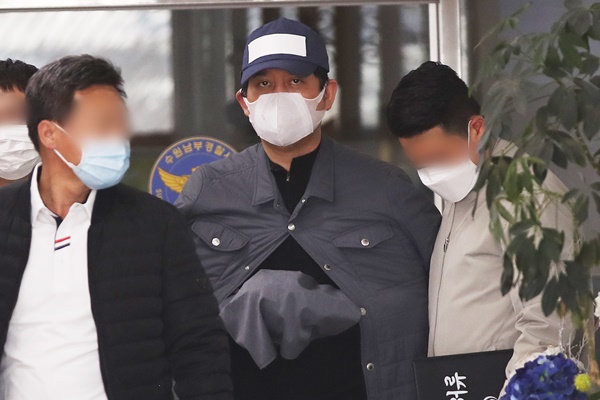 A key suspect in a massive financial fraud scandal made fresh allegations against state prosecutors on Wednesday on the eve of a parliamentary audit of the Supreme Prosecutors' Office.

Kim Bong-hyun, the former chairman of Star Mobility and a key suspect in the fraud scandal involving Lime Asset Management, sent a letter to KBS on Wednesday.

Kim claimed in the letter that he and Lee Jong-pil, former vice president of Lime, had help from prosecutors while they were hiding out for over five months until they were caught in April.

Kim also repeated his previous claim that he lobbied three state prosecutors, saying that the three had worked together on a probe team looking into Daewoo Shipbuilding Maritime Engineering.

In addition, Kim said that when he was being investigated for alleged embezzlement from a local bus company, he offered 50 million won to the then head of the Suwon District Prosecutors' Office via an alleged acquaintance of the head.

Kim claimed that after the alleged bribe, his arrest warrant was not issued for a while.
Share
Print
List