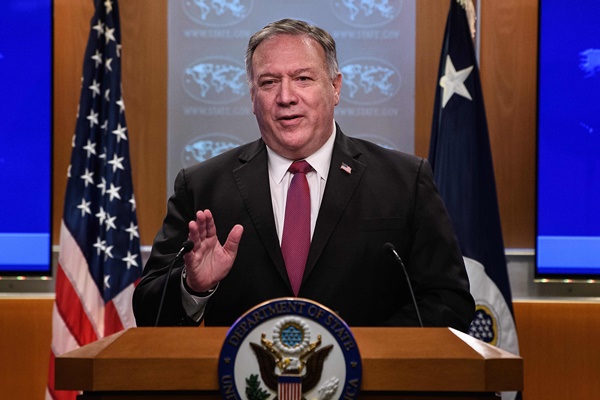 U.S. Secretary of State Mike Pompeo hinted on Wednesday that declaring a formal end to the Korean War would "obviously" be part of the process of denuclearizing the Korean Peninsula.

Pompeo issued the position during a press briefing when asked if the war-ending declaration would be possible without complete nuclear abandonment by North Korea.

The U.S. top diplomat responded that there is no change in the U.S. position on the set of issues with respect to the North's denuclearization, which would obviously include documents that would change the status between North and South Korea.

Pompeo appears to have referred to the declaration of the war's end as "documents."

Pompeo also urged North Korea to return to the negotiating table, saying that the U.S. hopes to return as well and begin to have discussions in a serious way that would ultimately lead to what the president of South Korea was speaking about.
Share
Print
List