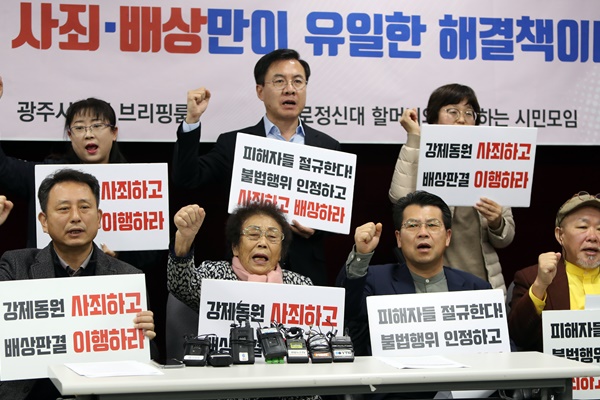 A South Korean court has decided to proceed with a move to liquidate the seized assets of a Japanese firm that ignored rulings by the South Korean Supreme Court in 2018 to compensate Korean victims of wartime forced labor.

According to lawyers representing the victims on Thursday, the Daejeon District Court made the decision as the related court documents failed to be delivered to Mitsubishi Heavy Industries in early September.

The court decided to take the legal step of issuing a "public notification" of its ruling, an extraordinary delivery format used when legal documents fail to be delivered to concerned parties.

With the decision, the delivery of the court's order to seize the assets of Mitsubishi Heavy Industries will be deemed effective on November 11. Once the delivery is completed, the court can order the liquidation of the assets.