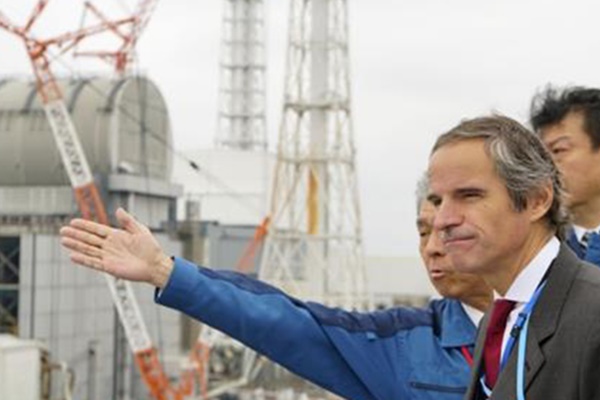 The South Korean government has called for efforts by the International Atomic Energy Agency(IAEA) regarding Japan's reported plan to release radioactive water from the Fukushima nuclear power plant into the ocean.

Seoul’s Foreign Ministry said on Tuesday that it relayed its stance during a high-level policy meeting with the IAEA earlier in the day.

The ministry said it emphasized the issue is important for the safety and environment of neighboring countries of Japan and the international community as a whole.

It also urged the global nuclear watchdog to play an active role in having Tokyo secure transparency and safety in the process of disposing radioactive water.

According to the ministry, the IAEA said in response that it is aware of the issue’s importance and will continue to be involved in the process, including close discussions with related countries.
Share
Print
List