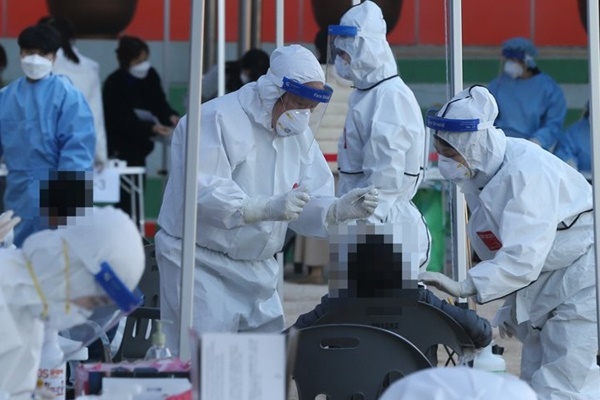 The Korea Disease Control and Prevention Agency(KDCA) said Saturday that 504 new infections were detected throughout Friday, raising the accumulated caseload to 33-thousand-375.

Of the new cases, 486 are local transmissions and 18 are imported.

The greater Seoul-metro area accounts for 66 percent of all domestic cases, including 176 in the capital city, 122 in Gyeonggi Province and 25 in Incheon.

New infections were also reported in most areas nationwide with the exception of Sejong City.

Two-hundred-46 patients have fully recovered and been released from quarantine on Friday, raising that total to over 27-thousand.

But some 55-hundred patients are still being treated, 78 of whom are in critical condition.