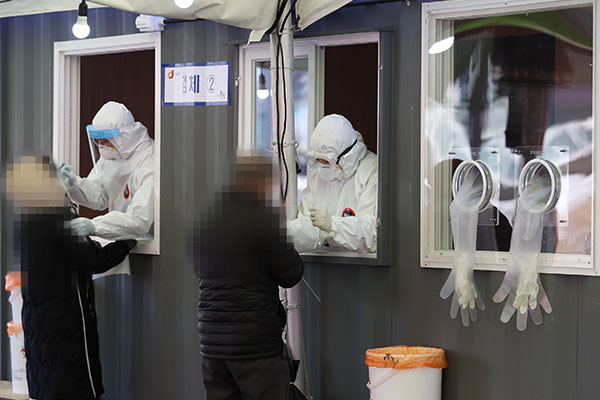 The Korea Disease Control and Prevention Agency(KDCA) said that the new infections raised the country's accumulated caseload to 66-thousand-686.

Of the new cases detected throughout Wednesday, 833 were local transmissions, while 37 were imported.

By region, Seoul added 292 new infections, while the surrounding Gyeonggi Province recorded 294 and Incheon added 37. In other parts of the nation, Busan recorded 23 new cases, Gwangju 28 and Daegu ten.

The number of critically ill COVID-19 patients came to 400 compared to 411 the previous day.

Nineteen virus-related deaths were reported in the past 24 hours, raising the country's death toll to one-thousand-46. The fatality rate stands at one-point-57 percent.
Share
Print
List