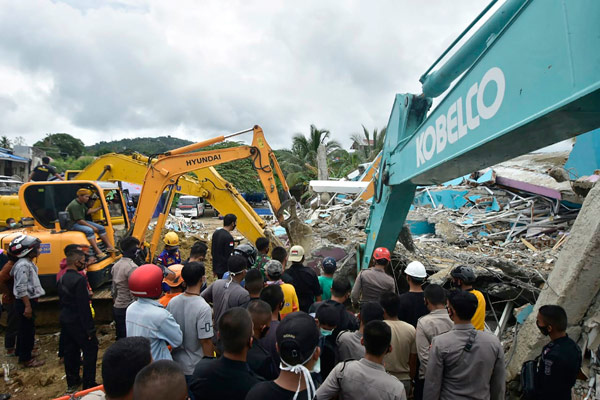 Seoul's Foreign Ministry says no South Korean casualties or damages have been reported from the six-point-two magnitude earthquake that struck Indonesia’s Sulawesi island on Friday.

A ministry official said Saturday there are no Korean residents in the western Sulawesi area and no related reports have come through yet.

The official said the ministry will continue close contact with Korean residents in Indonesia to monitor the developing situation and provide consular support if necessary.

Early Friday, the seismic tremor struck the island's western coast, south of Mamuju city, killing at least 42 people, injuring some 600 others and destroying hundreds of houses.

Several thousand residents in Mamuju and another nearby coastal city Majene fled their homes and evacuated to higher ground.

Indonesia sits on the so-called Ring of Fire and is highly susceptible to earthquakes and tsunamis.
Share
Print
List