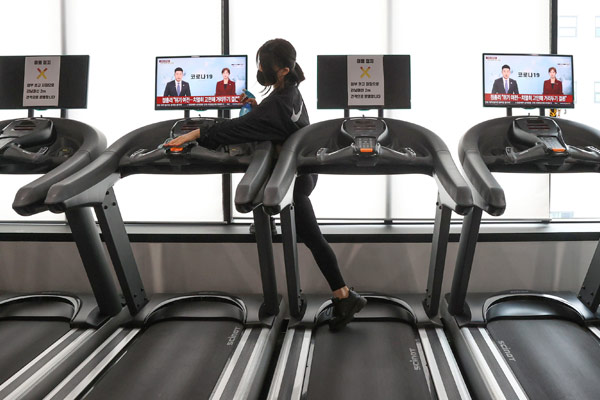 Some businesses that have been shut down amid a recent surge in COVID-19 infections will be able to reopen on Monday as the government eased related restrictions.

About 112-thousand indoor gyms, karaoke facilities and private cram schools in the greater Seoul area will be allowed to reopen from Monday on the condition they strictly follow antivirus measures. The ban on group exercises such as aerobics and Zumba classes will remain in place.

Cafes can open for dine-in operations until 9 p.m., just like restaurants.

Religious facilities will also be allowed to hold in-person services with a limit of up to ten percent capacity in the metro area and 20 percent in other parts of the nation.

The ban on five types of entertainment facilities such as bars and pubs will remain in effect.

The government will also maintain the ban on private gatherings of five or more people as it decided to extend the current Level Two-point-Five social distancing for the greater Seoul area and Level Two for other parts of the nation by two more weeks until the end of the month.
Share
Print
List