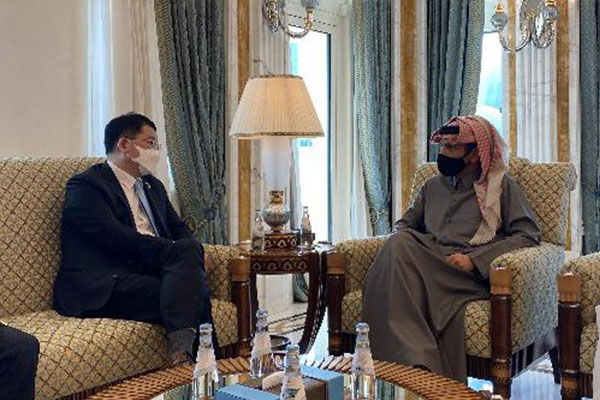 Qatar is reportedly assisting negotiations to free a South Korean oil tanker and its crew seized by Iran.

In an interview with Bloomberg on Tuesday, Qatari Foreign Minister Sheikh Mohammed bin Abdulrahman Al Thani said Qatar "will facilitate negotiations if asked by stake holders and will support whoever is chosen to do so," noting that the country was already supporting talks between Seoul and Tehran to free the vessel.

He added that he hopes negotiations succeed and that Qatar would support potential talks between the United States and Iran as well.

Ties between Iran and Qatar grew even stronger after Saudi Arabia, the UAE and others severed ties with Doha in June 2017 over a series of differences. Those ties were recently restored.

South Korea's First Vice Foreign Minister Choi Jong-kun met with the Qatari foreign minister in Qatar on Jan. 13 after visiting Iran to seek his country's assistance in freeing the tanker.