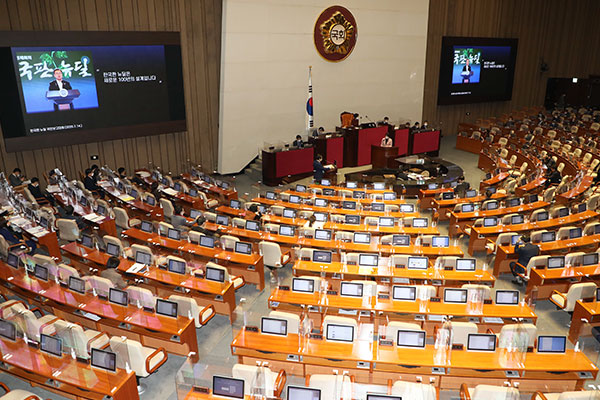 The National Assembly on Tuesday opened an extraordinary session for March to handle the government's extra budget plan to finance its fourth COVID-19 relief package.

After the plan is submitted on Thursday, Prime Minister Chung Sye-kyun is expected to deliver a policy speech in parliament the following day.

After a two-week review, the ruling Democratic Party(DP) is aiming to pass the budget at a plenary session on either March 18 or 19, so that the payouts can start by the end of the month.

The main opposition People Power Party(PPP), on the other hand, plans to thoroughly review the budget, which will mostly be funded through government bonds.

On Tuesday, the government announced a 19-point-five-trillion-won relief package, of which 15 trillion won will come from the supplementary budget.
Share
Print
List