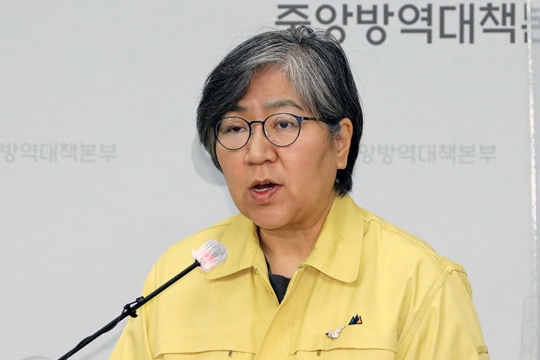 The government has launched an investigation into whether two recent deaths that came after COVID-19 vaccinations were linked to the inoculations.

According to the Korea Disease Control and Prevention Agency(KDCA) and regional governments on Wednesday, two men with underlying diseases died earlier in the day after receiving their COVID-19 shots in two Gyeonggi provincial cities of Goyang and Pyeongtaek.

KDCA Commissioner Jeong Eun-kyeong in a briefing said a joint epidemiological inspection by the agency and the municipal governments is underway. Both cases involve AstraZeneca vaccine doses that were administered on Tuesday and last week, respectively.

Jeong acknowledged that it is judged not to be easy to determine a possible correlation, but vowed to announce every related information in a transparent manner.

Saying no death confirmed to be caused by AstraZeneca or Pfizer vaccines has been reported across the world yet, the KDCA chief reiterated the safety of the inoculation program, urging the public not to avoid vaccination.

According to the agency, a 63-year-old patient staying at a long-term care hospital in Pyeongtaek died at around ten a.m. after showing signs of pneumonia and sepsis. The patient, who had a cerebrovascular disease, had received an AstraZeneca shot four days earlier.

The other patient, a 50-something man who was staying at a geriatric ward, died Wednesday morning following a heart attack, one day after receiving an AstraZeneca shot. This patient was found to have been suffering from underlying diseases, including heart disease, diabetes and stroke.
Share
Print
List