S. Korea, US to Resume Defense Cost Sharing Talks in DC on Friday 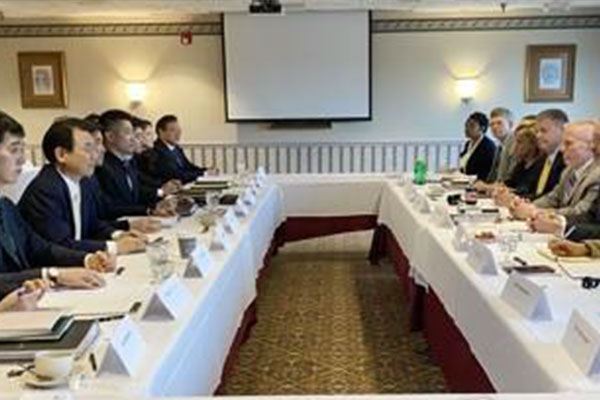 South Korea and the United States will resume negotiations this week on cost-sharing for keeping American troops on the Korean Peninsula.

According to the Foreign Ministry on Wednesday, the ninth round of talks on the 11th Special Measures Agreement(SMA), which stipulates how much South Korea pays for the upkeep of U.S. Forces Korea, will be held in Washington D.C. on Friday.

South Korea’s chief negotiator Jeong Eun-bo and his U.S. counterpart Donna Welton will sit down for their first negotiation session in a month. It is the first time in a year that the talks will be held in an in-person session amid the COVID-19 pandemic, raising speculation that the two sides may be close to a deal.

The South Korean ministry said the government expects discussions that can help produce an agreement mutually acceptable based on previous talks and as soon as possible. It said such efforts will contribute to strengthening the bilateral alliance and the joint defense posture.

The last Special Measures Agreement (SMA) expired at the end of 2019 and the two sides have been deadlocked on renewing the deal with the former Trump administration demanding a whopping 50 percent hike.

The allies are reportedly expected to strike a deal that will raise Seoul's contribution for the defense cost closer to around 13 percent, which Seoul offers as its maximum concession.
Share
Print
List