KOICA to Inject $7.4 Mln to Prevent Violence against Women in Laos 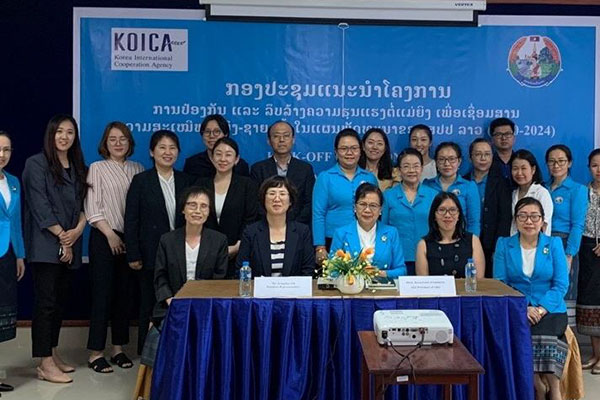 South Korea's state-run development aid agency has pledged to inject seven-point-four million dollars by 2024 to assist in establishing a system in Laos to prevent violence against women.

The Korea International Cooperation Agency(KOICA) made the announcement after it held a ceremony in the Laotian capital of Vientiane on Monday to mark the launch of the program.

According to the United Nations Population Fund’s study in 2016, about a third of women in Laos were found to have experienced physical, sexual or emotional abuse by their spouse or domestic partner.

One in seven women had been physically or sexually abused, most of them repeatedly, but only around 20 percent sought assistance from authorities. Only four percent reported the abuse to law enforcement.

KOICA plans to establish a violence prevention and response center for women in Vientiane and to dispatch experts from South Korea to help foster local personnel in counseling.

In cooperation with the United Nations, KOICA will assist the Laotian government in drawing up a mid- to long-term strategy to address violence against women.
Share
Print
List