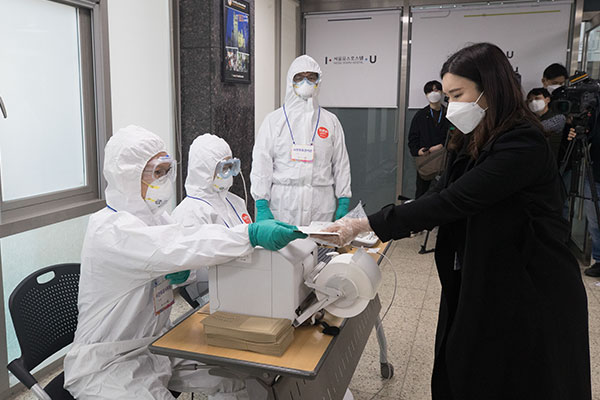 New COVID-19 cases in South Korea spiked to the 700s for the first time in three months on Thursday, raising concerns over a possible fourth wave of the epidemic.

The Korea Disease Control and Prevention Agency(KDCA) said as of 12:00 a.m., 700 additional people tested positive, bringing the country's cumulative caseload to 107-thousand-598. The death toll rose to one-thousand-758 after two more people succumbed to the virus.

Daily new cases, which hovered in the 300s to 400s for over a month, rapidly surged in the past week.

The latest tally is the highest since 869 new cases were reported on January 7, soon after the third wave began to slow down after hitting its peak.

As the government is set to announce social distancing rules on Friday, the average number of local infections for the past week, a barometer for distancing, stood at 543-point-three a day, within the threshold for Level Two-point-Five.
Share
Print
List