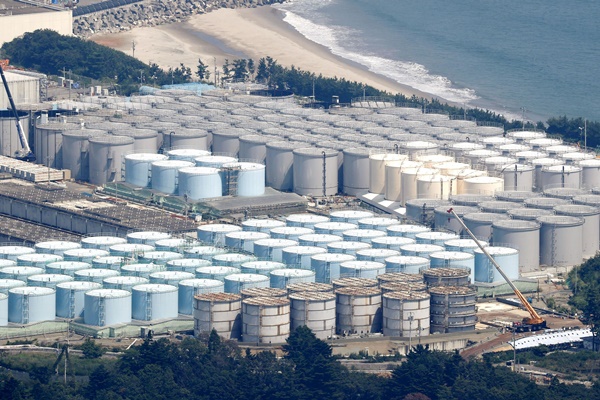 Japan has reportedly decided to release one-point-two million tons of radioactive water from its wrecked Fukushima nuclear power plant into the sea.

According to Japanese media, the Tokyo government made the decision in a meeting of related ministers on Tuesday morning.

Japan plans to dispose of massive amounts of treated but still radioactive water stored in tanks at the crippled nuclear plant by releasing it into the Pacific Ocean.

Under the plan, the Advanced Liquid Processing System(ALPS), a multi-nuclide removal facility, will treat the contaminated water. The ALPS eventually removes most of the radioactive materials except tritium. Tokyo plans to release the ALPS treated water with sufficient dilution.

The release is expected to start in about two years as it requires deliberation and approval by Japan's Nuclear Regulation Authority.
Share
Print
List