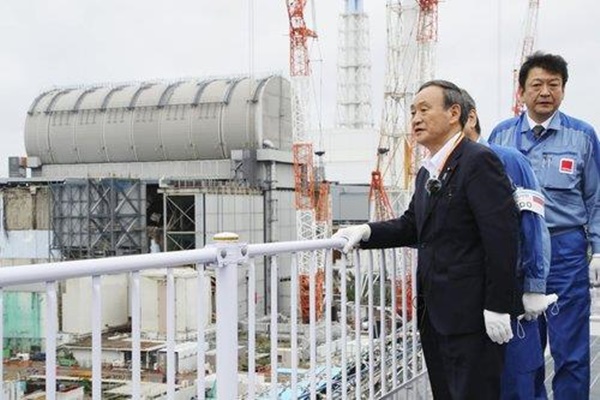 Japanese Prime Minister Yoshihide Suga pledged that radioactive water from the Fukushima nuclear plant will more than meet the World Health Organization’s(WHO) drinking water standards before it is released.

According to NHK, Suga made the remark at a meeting of related ministers on Tuesday, where his administration officially decided to release the water into the ocean.

While stressing that disposing of the water was an "inevitable task" in decommissioning the plant, Suga vowed to ensure the water’s safety. The release is set to start in two years as the necessary facilities need to be built and safety screenings conducted.

The level of tritium, which can't be removed in an extensive filtration process known as the Advanced Liquid Processing System(ALPS), will be lowered to one-seventh of the WHO drinking water standards.