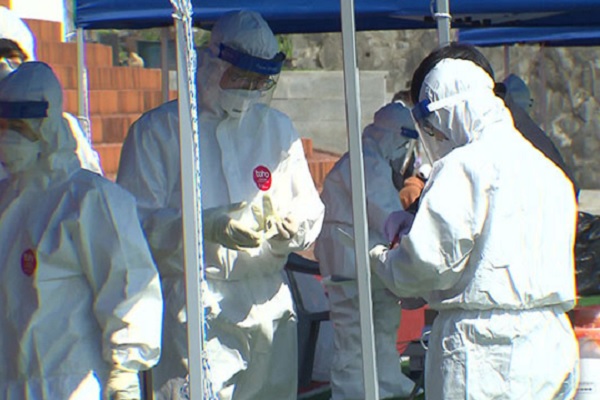 South Korea reported over 600 new COVID-19 cases for the fourth straight day amid continued sporadic infections across the nation.

Of the new cases, 649 are local transmissions while 23 are imported.

More than 60 percent of the domestic cases came from the greater metro area, with 202 in Seoul, 181 in Gyeonggi Province and 19 in Incheon. Other parts of the nation added 247 cases.

Three more deaths have been reported bringing the death toll to one-thousand-797. The fatality rate stands at one-point-57 percent.

The number of critically ill patients dropped six to 102.

Of some 18-thousand-300 people who took the virus test, three-point-67 percent tested positive for the virus, a sharp rise from one-point-48 percent tallied the previous day.
Share
Print
List