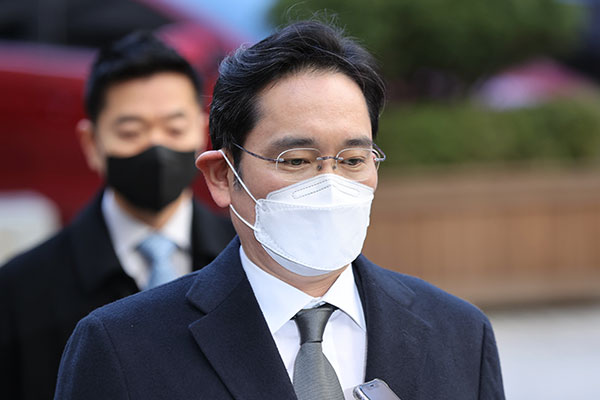 Lee Jae-yong, the imprisoned de-facto leader of Samsung Group, attended trial on Thursday for his purported involvement in alleged irregularities in a 2015 merger between Samsung affiliates.

At the trial held at the Seoul Central District Court, prosecutors said Lee and other Samsung officials engaged in illicit activities to help Lee gain control of the conglomerate empire.

Lee has maintained that he is not guilty, saying the merger was carried out lawfully and out of managerial necessity.

Initially, the latest trial was scheduled for March 25 but was postponed for a month after Lee requested that he be allowed to receive medical treatment following an
peritonitis surgery due to a ruptured appendicitis.

Lee, vice chairman of Samsung Electronics, was sentenced to two and a half years in prison in January in a retrial of a bribery case involving former President Park Geun-hye.
Share
Print
List