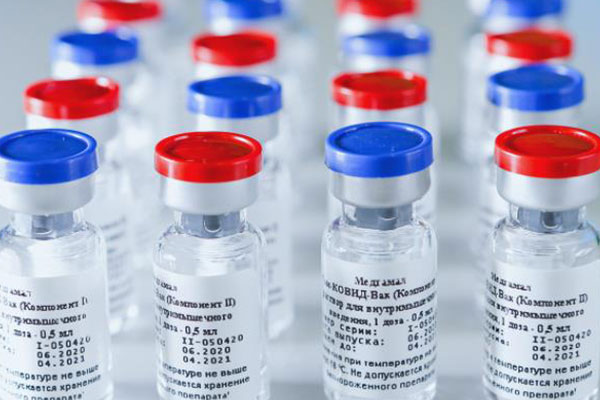 Anchor: The South Korean government is reportedly reviewing the safety of the Russian-made COVID-19 vaccine, Sputnik V, as the country struggles to secure a sufficient supply amid a global shortage. The U.S., meanwhile, emphasized prioritizing Americans in administering vaccines in its stockpile when asked about a possible swap deal with South Korea.
Choi You Sun has more on the supply of the vaccines to South Korea.

Amid rising concerns over a shortage, President Moon Jae-in has ordered his aides to review the option of purchasing COVID-19 vaccines developed by Russia, known as Sputnik V.

This came upon the suggestion of presidential aides amid growing concerns over the shortage of vaccines in the country, according to a presidential official.

The South Korean Ministry of Food and Drug Safety on Thursday confirmed that it requested the Foreign Ministry to gather information on the Russian-made vaccine's safety.

Approved by Moscow last August only after two clinical phases, there is dispute over the safety and effectiveness of the vaccine. Some 60 countries, including Iran, Argentina and Hungary have so far approved its usage.

This came as Seoul is trying to swap coronavirus vaccines.

Foreign Minister Chung Eui-yong told lawmakers earlier this week that Seoul is in talks with Washington to sign a vaccine swap deal, under which the two sides can loan doses to each other.

He said his ministry is seeking to produce a positive outcome before the South Korea-U.S. summit slated for next month.

However, marking the 200-millionth shot on Wednesday, U.S. President Joe Biden said that the U.S. does not have enough vaccines to send abroad right now, although it hopes to be able to help other countries in the future.