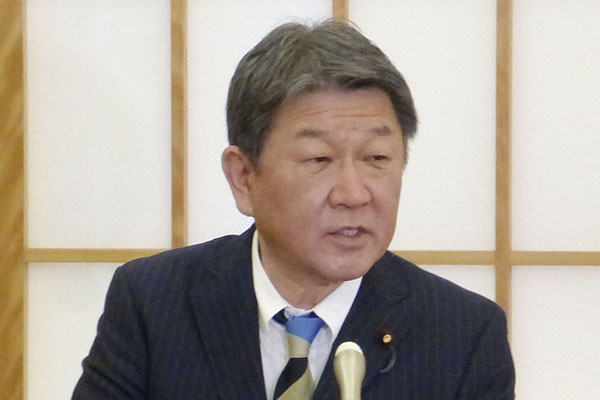 According to Japan’s Kyodo News on Tuesday, Motegi made the remark during an online press conference following a dinner meeting of the G7 foreign ministers in London on Monday.

Motegi also told reporters that Japan supports and welcomes the U.S. placing emphasis on its ties with Japan and South Korea in reviewing its North Korea policy. He then expressed hope that the three countries will continue to engage in close cooperation.
Share
Print
List