NYT: Growing Number of Experts in US Believe Herd Immunity Threshold Not Attainable 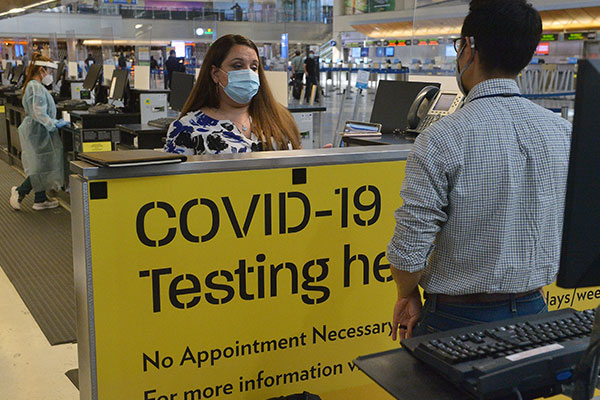 A growing number of scientists and health experts in the U.S. now believe that the herd immunity threshold for COVID-19 is likely not attainable, despite more than half of adults in the U.S. having received at least one vaccine dose.

The New York Times(NYT) reported on Monday that experts, instead, are coming to the conclusion that the virus will most likely become a "manageable threat" that will continue to circulate in the U.S. for years to come.

While experts initially set the estimated target to achieve herd immunity in the U.S. to range between 60 and 70 percent of the population, they have recently raised questions due to the emergence of the virus' more transmissible variants.

Another factor is that about 30 percent of the U.S. population is still reluctant to get vaccinated.

Lauren Ancel Meyers, the director of the COVID-19 Modeling Consortium at the University of Texas at Austin, said the U.S. will not achieve herd immunity as a country or a state or even as a city until there is enough immunity within the entire population.