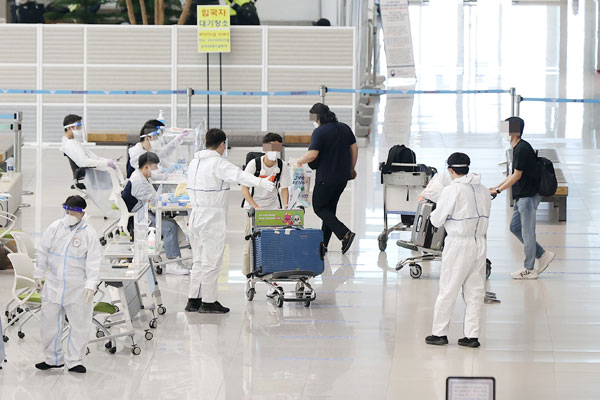 South Korea added 574 COVID-19 cases on Thursday amid continued clusters of infections across the nation.

The Korea Disease Control and Prevention Agency(KDCA) announced the new infections compiled throughout the previous day, lifting the country's accumulated caseload to 125-thousand-519.

The daily figure dropped by 102 from a day earlier, but the decline is mainly attributed to fewer tests as the nation marked Children’s Day on Wednesday.

Of the new cases, 562 are local transmissions and 12 are from overseas.

About two-thirds of the domestic cases came from the greater metro area, including 211 in Seoul and 142 in Gyeonggi Province, while other regions recorded 190 new infections all together, including 38 in Ulsan, 28 in Busan and 21 in North Gyeongsang Province.