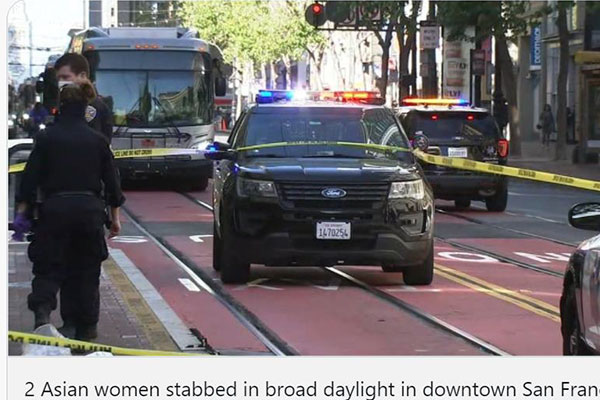 Two elderly Asian women are in intensive care after being stabbed multiple times in San Francisco, California, in the midst of a spate of crimes targeting Asians in the U.S.

U.S. media reported that the women were attacked randomly by a man in his 50s wielding a knife at a bus stop downtown. The women were then taken to the hospital where they are recovering after surgery.

Witnesses said the suspect walked up to the women, stabbed them, and did not flee right away, rather walked away casually.

Police arrested the man about two hours after the attack, and though they have yet to rule it a hate crime, they are still investigating the perpetrator’s motives.
Share
Print
List