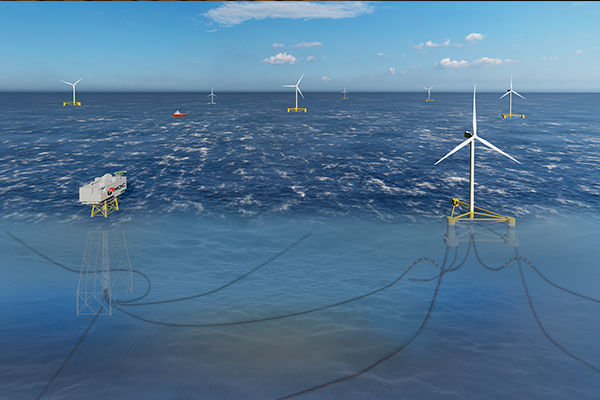 President Moon Jae-in has welcomed Ulsan City’s plan to launch a massive offshore wind power project, saying it will help achieve the country’s goal of becoming one of the world's top five nations in the field.

Moon made the remark while attending a policy report meeting on the offshore wind project in the southeastern port city on Thursday.

Under the plan, the Ulsan Metropolitan Government will draw a total of 36 trillion won worth investment to foster an offshore wind farm by 2030 that is twice the size of Seoul in the East Sea. It aims to produce 6 gigawatts of wind power that is enough for over five-point-five million households annually.

The president said many countries around the world are leaning towards offshore wind farms as an alternative, renewable energy source, adding the comparative global market will grow 100 times in the coming decade.

He said the Ulsan project will create 210-thousand jobs, reduce carbon emission by nine-point-three tons annually, and enable the nation to generate half of the nation’s goal of 12 gigawatts of wind power by 2030.