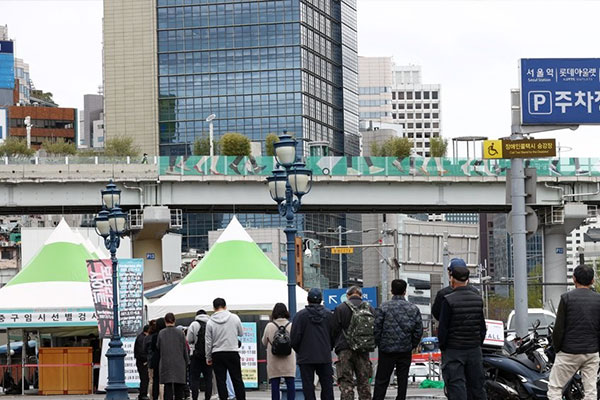 South Korea added 525 COVID-19 cases throughout Thursday amid continued clusters of infections across the nation.

The Korea Disease Control and Prevention Agency(KDCA) said on Friday that the new cases raised the country's accumulated caseload to 126-thousand-44.

The daily figure dropped by almost 50 from the previous day and remained in the 500s for the second straight day, but the decline is mainly attributed to fewer tests as the nation marked Children’s Day on Wednesday.

Of the new cases, 509 are local transmissions and 16 are from overseas.

About two-thirds of the domestic cases came from the greater metro area, including 177 in Seoul and 136 in Gyeonggi Province.

Other regions added 184 cases, including 35 in Ulsan, 20 in Busan and 30 in South Gyeongsang Province.