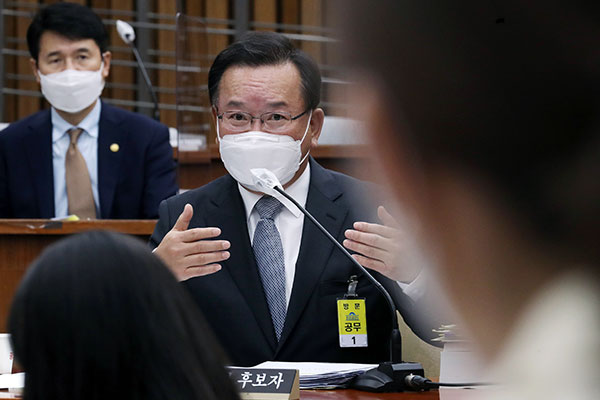 At his confirmation hearing on Friday, Kim said sending the propaganda leaflets into North Korea violates past agreements between the two Koreas, including the 2018 Panmunjeom Declaration.

A ban on the propaganda activity had gone into effect in March, imposing a prison term of up to three years or a fine of up to 30 million won for violators.

Critics argue that the ban infringes on freedom of expression and denies North Koreans access to outside information.

The nominee said the enforcement of the ban should be carried out in a stern manner.
Share
Print
List