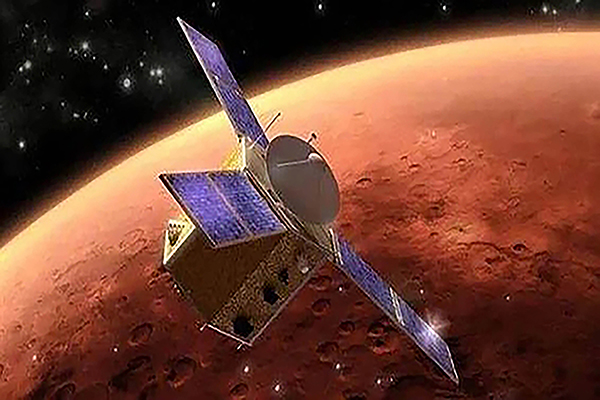 Xinhua news agency reported on the landing of the Tianwen-1 probe on Utopia Planitia, a vast terrain in Mars' northern hemisphere, and called the achievement an important milestone in China's planetary exploration.

The Tianwen-1, consisting of an orbiter, lander and a six-wheeled robotic rover, was launched last July. It reached Mars orbit this February after a journey of seven months and has since been surveying potential landing sites while circling above the red planet.

Earlier this year, the U.S. space agency NASA landed the rover Perseverance on Mars for a mission to find signs of life.

Only the United States and the former Soviet Union had so far successfully landed probes on the planet, while 45 attempts have been made globally since 1960.

China's previous attempt in 2011, which was a joint launch with Russia, failed to make it past the Earth's orbit.
Share
Print
List