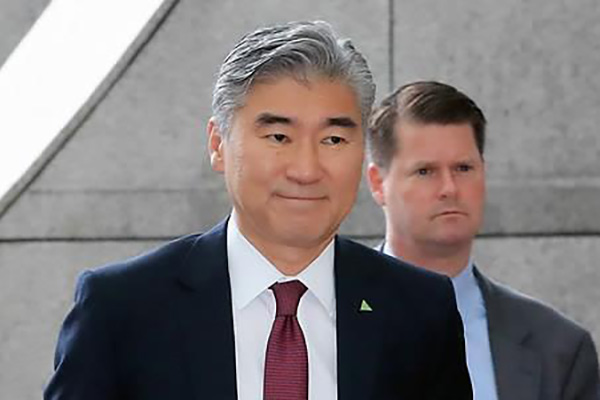 Japanese broadcaster JNN on Monday quoted a source in the Seoul government as saying that Kim, appointed to the post last month, will visit Seoul in the middle of this month.

JNN reported that during Kim's visit, Seoul and Washington are likely to hold discussions to coordinate their efforts on North Korean issues as the Biden administration completed its North Korea policy review.

It added that the special representative could visit Japan as well around the Seoul trip.