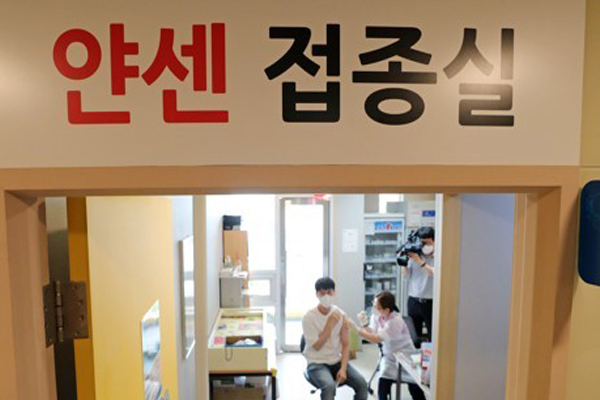 Johnson & Johnson's Janssen COVID-19 vaccines supplied to South Korea were not produced in the Baltimore factory that was forced to destroy 60 million doses over contamination fears, the health ministry said Saturday.

South Korea has been administering Janssen's single-shot vaccine since Thursday to after the U.S. government donated 1 million doses to Korean armed forces.

A total of 453-thousand 732 people have received the vaccine in the first two days of inoculation in Korea, according to the Korea Disease Control and Prevention Agency (KDCA).

As concerns grow over the Janssen vaccine following media reports over its safety, health authorities said the vaccine doses administered here were not from the troubled Baltimore factory.

According to reports, the U.S. Food and Drug Administration has told Johnson & Johnson to destroy 60 million doses of its COVID-19 vaccine produced at the Baltimore factory due to possible contamination.
Share
Print
List