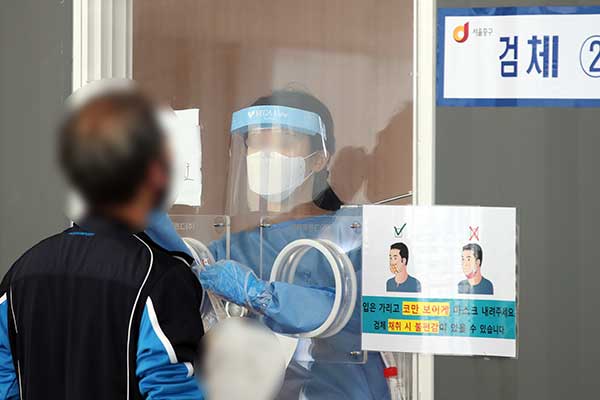 South Korea reported 540 new COVID-19 cases on Thursday, staying in the 500s for the second day, but down from the low-600s during the same period last week.

The Korea Disease Control and Prevention Agency(KDCA) said that the new infections compiled the previous day raised the country's accumulated caseload to 149-thousand-731.

Of the new cases, 523 were local transmissions and 17 were from overseas.

By region, the greater metro area accounted for around 75 percent of domestic cases, with Seoul adding 199 and Gyeonggi Province 181. Other regions reported 126 new infections.

One more death was reported, bringing the death toll to one-thousand-994. The fatality rate stands at one-point-33 percent.