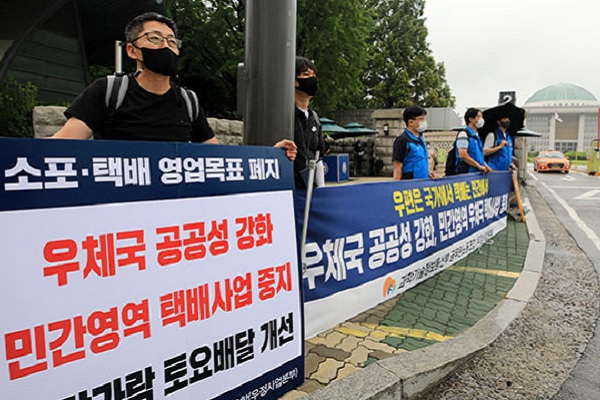 The national post service and the national delivery workers union have reached agreement on preventing courier overwork, formalizing the tentative deal that arrived on Wednesday.

According to sources within the ruling Democratic Party(DP) on Friday, the compromise was struck during talks between the Korea Post and postal service workers that belong to the Parcel Delivery Workers' Solidarity Union.

Under the agreement, delivery workers will stop sorting parcels effective January 1. The exhaustive task was a key point of contention, blamed for overwork and work-related deaths. Workers will also be limited to a maximum 60-hour work week.

Earlier on Wednesday, a trilateral negotiation involving the government had only produced a tentative pact involving logistics firms and delivery workers, after the Korea Post and its couriers failed to reach consensus on the cost of hiring additional manpower to sort parcels.
Share
Print
List