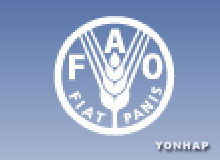 South Korea has been elected as a member of the Council of the Food and Agriculture Organization (FAO) for the 12th time in a row.

According to the Ministry of Agriculture, Food and Rural Affairs on Sunday, the country was elected to the 49-member council for a three-year term during the five-day FAO Conference, which wrapped up on Friday.

The Conference takes place every two years and is FAO's supreme governing body that decides the policies of the organization.

For the first time ever, the conference was held via video links this year due to the COVID-19 pandemic, bringing together over 13-hundred people including 119 ministers and vice ministers.

South Korea joined the organization in 1949 and has been serving as a member of the governing council since 1989.
Share
Print
List