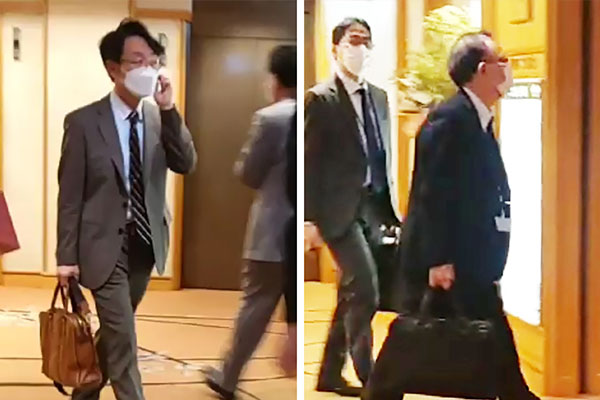 Lee Sang-ryeol, director general for Asia and Pacific affairs at Seoul's Foreign Ministry sat down for talks with his Japanese counterpart, Takehiro Funakoshi at the ministry in Seoul. The talks came about 80 days after similar discussions during Lee's trip to Tokyo in early April.

Seoul's Foreign Ministry said that the two sides shared the understanding that advancing bilateral ties in a stable and forward-looking manner is important to peace and stability in Northeast Asia and beyond.

The ministry said both sides also agreed to continue close communication and consultation regarding pending issues.

In the talks, Lee reportedly stressed that Tokyo needs to show sincerity in efforts to resolve the row over forced labor and sexual slavery, noting that Seoul has been meeting with the victims' representatives and advocacy groups to hear their opinions.