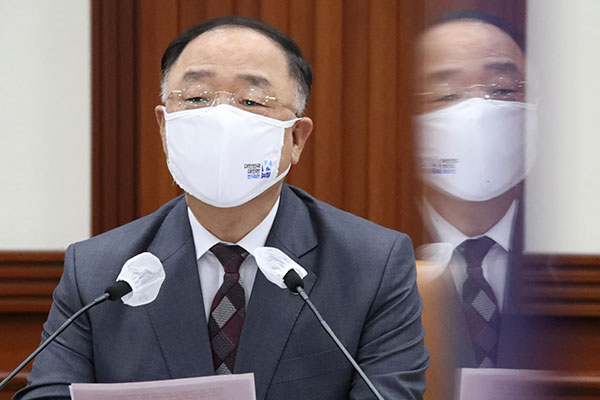 Hong reaffirmed the government's negative stance on the ruling Democratic Party’s(DP) push to offer stimulus checks to all households at a parliamentary hearing on Wednesday.

Speaking before the National Assembly's Strategy and Finance Committee, the minister said the government is discussing with the ruling camp ways to provide active financial support to those hit hardest by the pandemic.

He said the government is considering an extra budget in the low 30 trillion won range to fund the relief, adding that the extra budget would be within the excess tax revenue.

This is smaller than the maximum 35 trillion won that the ruling camp had mentioned as a possible amount.

Hong said the government is aiming to submit the extra budget plan to the National Assembly by early next month.
Share
Print
List