S. Korea, US Work to Return ¼ of Yongsan Garrison to Seoul by Early 2022 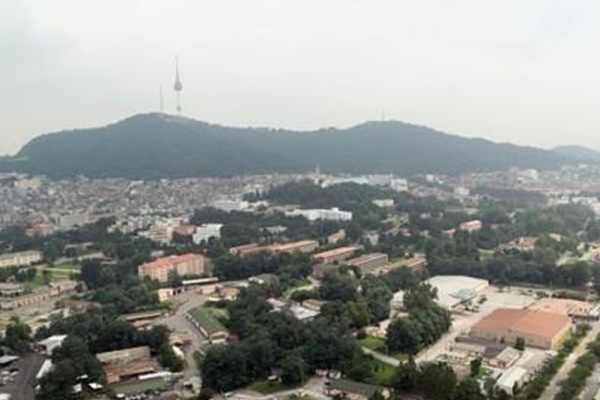 South Korea and the United States have agreed to work together on the return of about one-fourth of the Yongsan Garrison site to Seoul by early next year.

The agreement was reached on Thursday by Ko Yun-ju, the Foreign Ministry director on North American affairs, and U.S. Forces Korea deputy commander Lt. Gen. Scott Pleus, who both co-chair a committee on the Status of Forces Agreement.

Yongsan Garrison is one of 12 bases yet to be returned by the U.S., covering nearly two million square meters in the heart of Seoul. South Korea has been ironing out the details of its return so it can create a park on the site.

Under the agreement, some 500-thousand square meters - a quarter of the base - will be returned by early next year. Additionally, the bilateral Combined Forces Command headquartered in Yongsan will relocate to Camp Humphreys in Pyeongtaek by the year's end.

In a joint statement, the two sides agreed to continue to cooperate on the issue based on mutual trust, and reaffirmed the need to speed up the return of U.S. bases that are no longer in use.
Share
Print
List