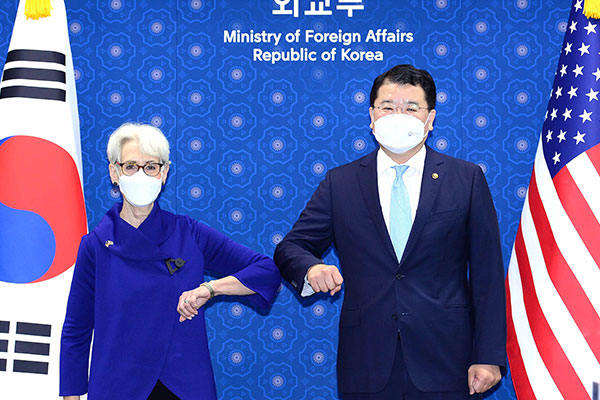 Vice foreign ministers and top nuclear envoys of South Korea and the United States held phone talks on Thursday after the restoration of inter-Korean communications lines.

The ministry said that the two sides exchanged views on how to cooperate for substantial progress in realizing complete denuclearization of the Korean Peninsula and establishing a lasting peace in the region.

The United States welcomed the restoration as a good development, while reaffirming its support of inter-Korean dialogue and engagement.

The two sides agreed to continue close communication on the peninsula issues based on diplomatic efforts coordinated between Seoul and Washington.
Share
Print
List