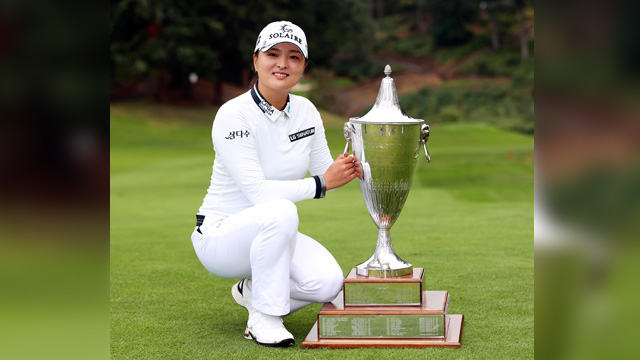 The South Korean golfer on Sunday shot a total of eleven-under 205 to top the ranking at LPGA's Cambia Portland Classic in West Linn, Oregon.

The 26-year-old managed to lead the tournament, four shots ahead of fellow South Korean Lee Jeong-eun and Australian Su Oh, who tied for second place, after posting three birdies in the final round.

This was Ko's second LPGA win of the season following her title at the Volunteers of America Classic in July. It was also her ninth overall.

Aside from Ko, Park In-bee and Kim Hyo-joo each won an LPGA title this year, bringing the total wins by South Korean golfers to four.
Share
Print
List