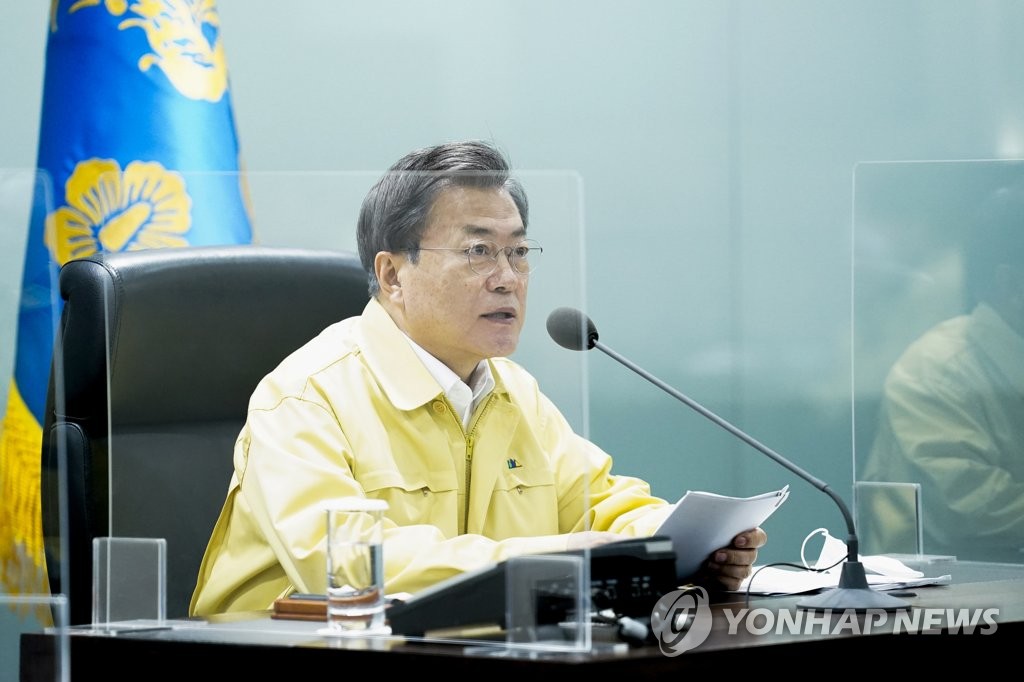 President Moon Jae-in has called for all-out government efforts led by the prime minister to contain the post-holiday pandemic surge, saying stabilizing the caseload is key to quickly shifting to a phased recovery.

According to presidential spokesperson Park Kyung-mee, Moon made the remark in his weekly meeting with Prime Minister Kim Boo-kyum on Monday after being briefed on the virus situation.

Moon also called on state agencies and local governments to pay attention to any disruptions in the healthcare system in terms of treatment centers and sufficient sickbeds.

Moon and Kim agreed on the need to accelerate the vaccination drive and to encourage participation from the remaining five-point-five million unvaccinated people.

Kim said the goal now is to get 70 percent of the population fully vaccinated by the end of October and assured that there are enough doses. He also informed Moon that a task force will be established to prepare for a gradual transition into life with COVID-19.
Share
Print
List