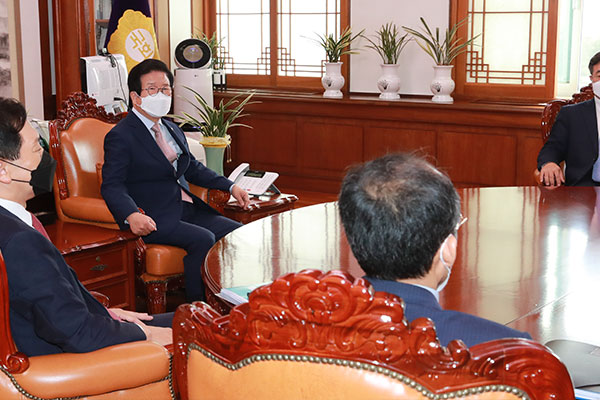 South Korea's rival political camps are continuing their clash over their differences regarding the controversial revisions to the Press Arbitration Act on Tuesday.

The parties wrangled in particular over a revision on punitive damages against media outlets that release fabricated or false reports.

The DP stressed the need to include the revision while the PPP has strongly opposed it, citing the international community’s concerns over how such damages could violate the freedom of press.

The parties convened a plenary session on Tuesday afternoon and agreed to first handle pending bills other than the revision bill. They plan to meet at 5 p.m. to resume discussions.
Share
Print
List