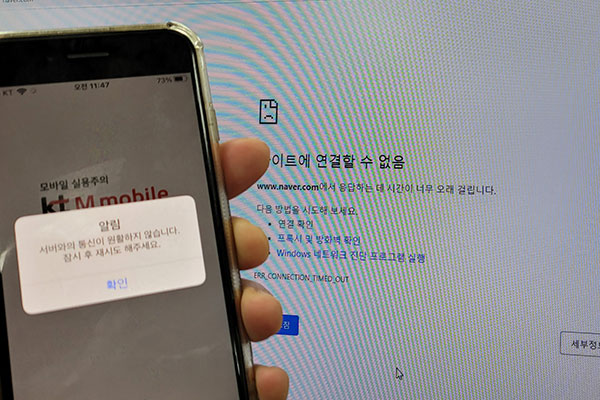 In a letter of apology posted on KT's website, Ku explained that although a DDoS attack was thought to be the cause in the early stages of internet failure from traffic overload, it was later confirmed the disruption came from an error that occurred while setting a network path for a new service upgrade.

Ku added the company is in full cooperation with a government investigation.

The CEO added that he will conduct a full-fledged inspection of both the cable and wireless network systems and fix defects, while promptly drawing up compensation measures.

A nationwide service crash occurred at around 11:20 a.m. on Monday, causing a disruption in wired and wireless telecommunication services for KT users for about an hour and a half.
Share
Print
List