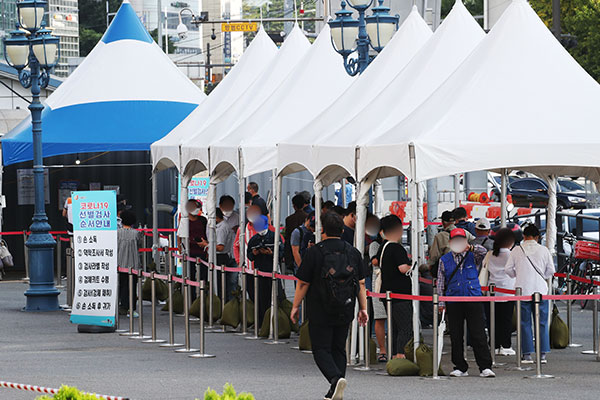 Daily COVID-19 cases climbed to over two-thousand on Thursday as the nation is preparing for a shift to living with COVID-19.

The Korea Disease Control and Prevention Agency(KDCA) said that two-thousand-111 infections were confirmed throughout the previous day, raising the country's accumulative caseload to 358-thousand-412.

The daily tally increased by nearly 160 from Wednesday and rose to over two-thousand for the first time in 20 days since October 8. The rise is attributed to eased curbs on private gatherings ahead of a gradual return to normalcy next month.

Of the new cases, two-thousand-95 were local infections, while 16 were from overseas.

The capital region accounted for 77-point-seven percent of local cases at one-thousand-628. The tally remained above one-thousand for a second straight day. Non-capital areas added 467 cases.

Eleven deaths have been reported, raising the death toll to two-thousand-808. The fatality rate is zero-point-78 percent. The number of critically ill patients is up by four from the previous day to 345.
Share
Print
List