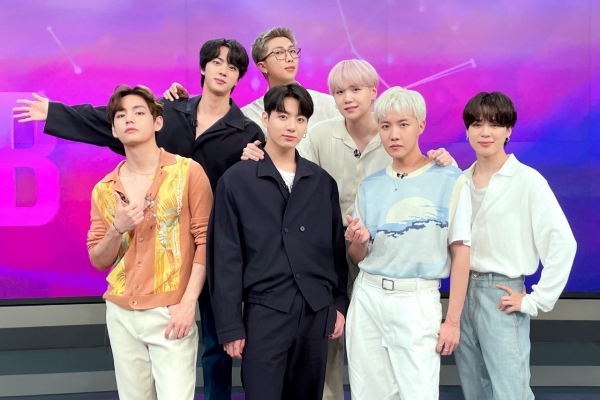 K-pop band BTS will hold its first in-person concert in two years in the United States city of Los Angeles on Saturday.

The Permission to Dance on Stage concert will be held at SOFI Stadium in a span of four days – Saturday, Sunday, Tuesday and Wednesday.

It will be the band's first in-person concert since October 2019 in Seoul and the start of the COVID-19 pandemic.

BTS is expected to perform its hits such as "Butter," "Dynamite" and "Permission to Dance" in front of its fans dubbed the ARMY.

“Butter” stayed on the Billboard Hot 100 chart for ten non-consecutive weeks, followed by two other chart-topping singles, “Permission to Dance” and “My Universe.”

BTS became the first Asian act to be named Artist of the Year at the American Music Awards. It was also nominated for a Grammy Award for best pop duo/group performance for the second consecutive year.
Share
Print
List