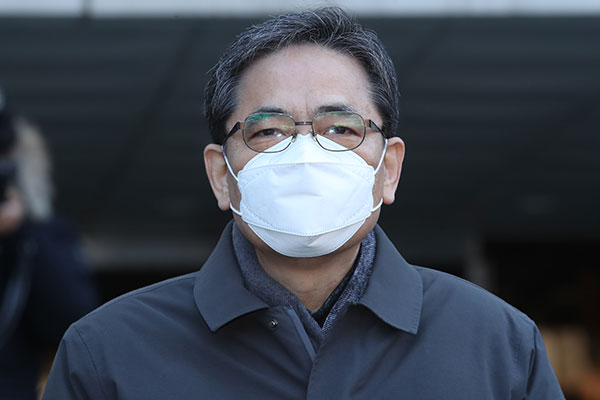 A Seoul court held a hearing on Wednesday to deliberate on a request by prosecutors for an arrest warrant for former lawmaker Kwak Sang-do over allegations that he had indirectly received bribes via a massive severance pay given to his son.

The Seoul Central District Court is expected to reach a decision late in the day.

The former main opposition People Power Party representative resigned amid the suspicion that his son received an exorbitant severance package from a firm at the center of a land development scandal in Seongnam. The parliament approved his resignation last month.

He is accused of planting his son at the asset management firm Hwacheon Daeyu, where he later collected a five billion won severance pay, in return for helping the firm form a consortium with Hana Bank so the land development project will continuously proceed. After taxes, the son is accused of having received two-point-five billion won.

After the prosecution sought an arrest warrant for him on Monday, Kwak denied his alleged connection with the asset firm and involvement in the land development project.
Share
Print
List