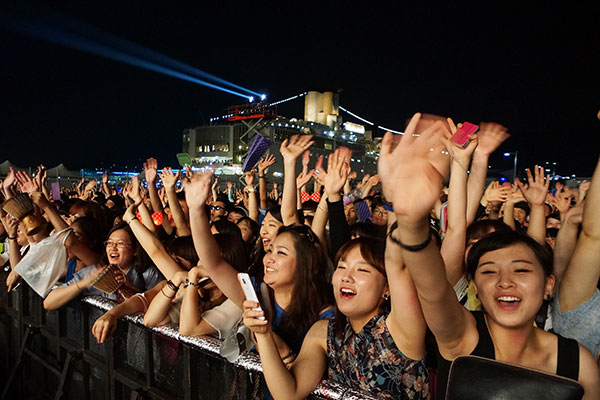 Exports of K-pop music are expected to exceed 200 million U.S. dollars this year amid the growing global popularity of South Korean music and musicians.

According to the Korea Customs Service on Wednesday, exports of K-pop records and albums stood at 189-point-seven million U.S. dollars in the first ten months of this year.

By country, Japan imported more K-pop records and albums than any other country between January and October, buying some 67 million dollars' worth. It was followed by China, the U.S., Indonesia, Taiwan, Thailand and Hong Kong.

Exports particularly increased to the U.S., with its portion among all K-pop outbound shipments jumping to 17-point-one percent during the 10-month period from two-point-two percent in 2012.
Share
Print
List