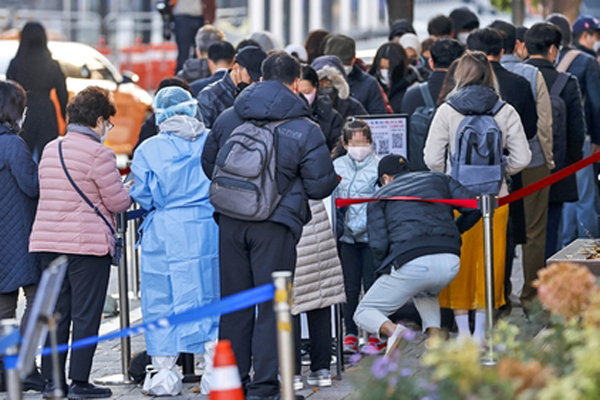 Daily COVID-19 cases have topped five-thousand for the first time since the pandemic began amid concerns over the new variant, omicron.

The daily tally jumped by two-thousand-91 from the previous day, and is more than one-thousand larger than the previous daily record, four-thousand-115, set a week earlier.

The number of critically ill patients also jumped by 62 from a day ago to hit a fresh all-time high of 723, with people aged 60 and older accounting for 84-point-four percent.

Thirty-four COVID-19-related deaths were registered, raising the overall death toll to three-thousand-658, although the fatality rate remains unchanged from a day earlier at zero-point-81 percent.

Of the new cases, five-thousand-75 were local transmissions and 48 were from overseas.