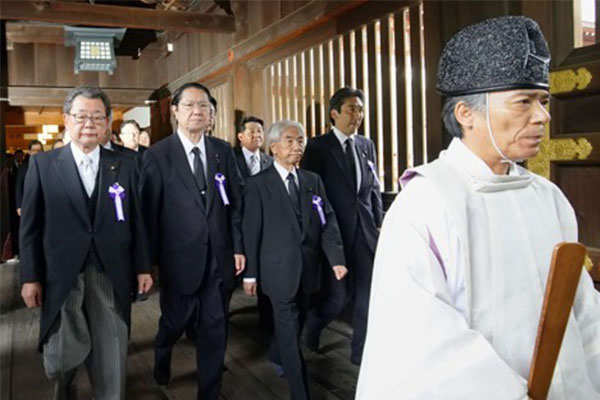 The government has expressed deep regret and concerns over a group of Japanese lawmakers visiting the controversial Yasukuni Shrine in Tokyo.

In a statement issued Tuesday, the foreign ministry said Seoul regrets that senior lawmakers, just a few months after the formation of a new Diet, visited the shrine which it described as a symbolic facility that glorifies Japan’s colonization and war of aggression.

The ministry said it would like to reiterate that the international community can trust Japan once it directly faces history, humbly reflects on its past and shows true repentance through action.

Earlier in the day, 99 lawmakers who are members of a group in the Japanese Diet that pays homage to the shrine, made the visit.

It marked the first time in two years and two months that the group has visited the shrine which honors over two million war dead, including 14 Class-A war criminals, forgoing their worship last year due to the pandemic.
Share
Print
List